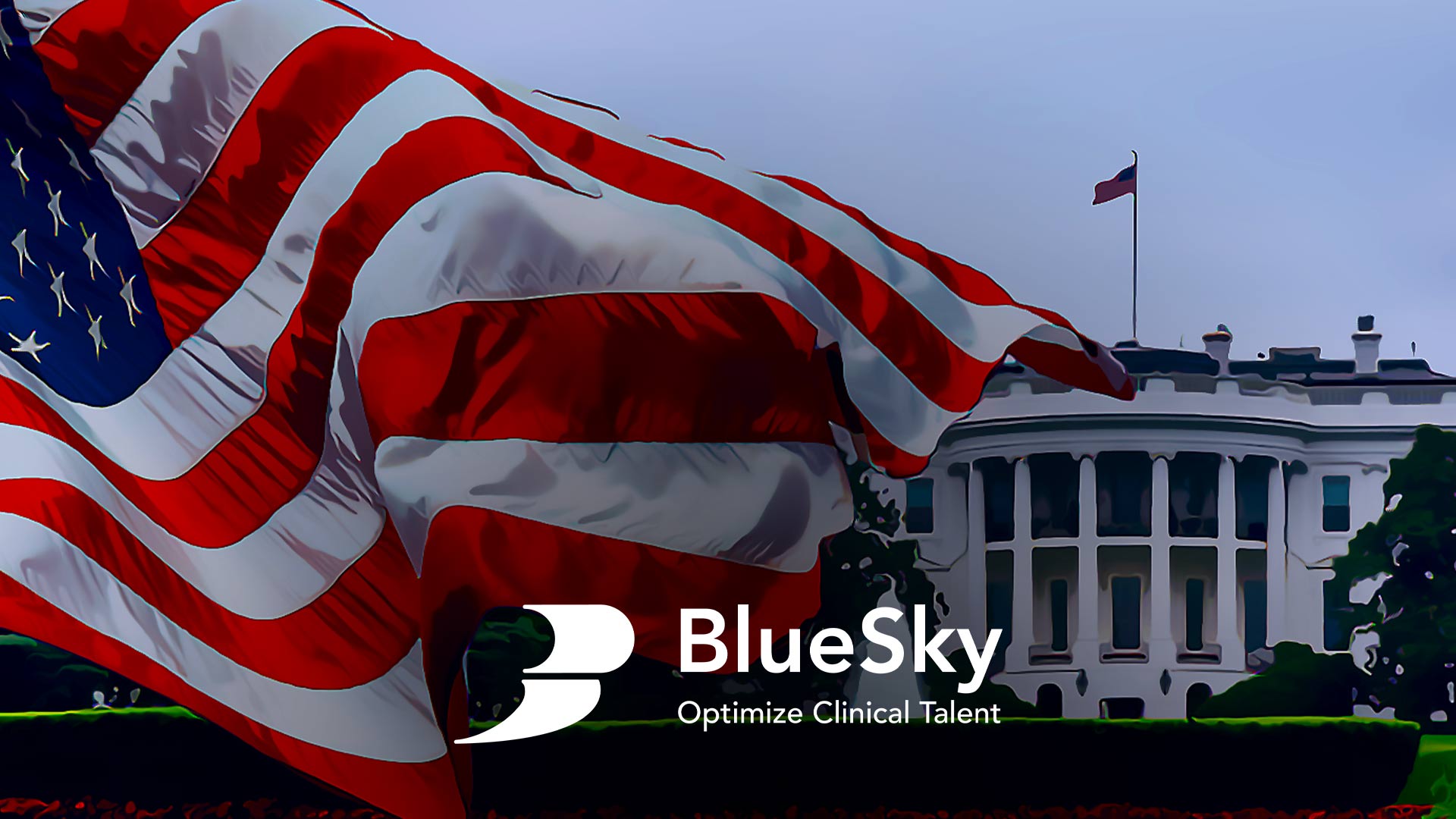 Today, the President is building on economic momentum by signing an Executive Order to promote competition in the American economy, which will lower prices for families, increase wages for workers, and promote innovation and even faster economic growth.

For decades, corporate consolidation has been accelerating. In over 75% of U.S. industries, a smaller number of large companies now control more of the business than they did twenty years ago. This is true across healthcare, financial services, agriculture and more.

This is evident in many industries, factually proven in healthcare staffing specifically.

That lack of competition drives up prices for consumers. As fewer large players have controlled more of the market, mark-ups (charges over cost) have tripled.  Families are paying higher prices for necessities—things like prescription drugs, hearing aids, and internet service.

Are you surprised healthcare costs were not blatantly mentioned until the bottom of the order?

Barriers to competition are also driving down wages for workers. When there are only a few employers in town, workers have less opportunity to bargain for a higher wage and to demand dignity and respect in the workplace. In fact, research shows that industry consolidation is decreasing advertised wages by as much as 17%. Tens of millions of Americans—including those working in construction and retail—are required to sign non-compete agreements as a condition of getting a job, which makes it harder for them to switch to better-paying options.

With all the legislative turmoil surrounding this, especially in the nurse staffing industry, it would be wise to limit your use of non-competes. Instead, reap the benefits that come from the human side of business. Foster communication and empathy with your employees, you'll see a valuable return that is certainly measurable over time (lower turnover, increased referrals, more client business).

In total, higher prices and lower wages caused by lack of competition are now estimated to cost the median American household $5,000 per year.

Inadequate competition holds back economic growth and innovation. The rate of new business formation has fallen by almost 50% since the 1970s as large businesses make it harder for Americans with good ideas to break into markets. There are fewer opportunities for existing small and independent businesses to access markets and earn a fair return.  Economists find that as competition declines, productivity growth slows, business investment and innovation decline, and income, wealth, and racial inequality widen.

Today President Biden is taking decisive action to reduce the trend of corporate consolidation, increase competition, and deliver concrete benefits to America’s consumers, workers, farmers, and small businesses. Today’s historic Executive Order established a whole-of-government effort to promote competition in the American economy. The Order includes 72 initiatives by more than a dozen federal agencies to promptly tackle some of the most pressing competition problems across our economy. Once implemented, these initiatives will result in concrete improvements to people’s lives.

Among other things, they will:

The Order also encourages the leading antitrust agencies to focus enforcement efforts on problems in key markets and coordinates other agencies’ ongoing response to corporate consolidation. The Order:

A more detailed summary of the key actions in the Order is provided below:

Competition in labor markets empowers workers to demand higher wages and greater dignity and respect in the workplace. One way companies stifle competition is with non-compete clauses. Roughly half of private-sector businesses require at least some employees to enter non-compete agreements, affecting some 36 to 60 million workers.

Overly burdensome occupational licensing requirements that impede worker mobility and suppress wages also restrict competition. Today, almost 30% of jobs in the United States require a license, up from less than 5% in the 1950s. Fewer than 5% of occupations that require licensing in at least one state are treated consistently across all 50 states. That locks some people out of jobs, and it makes it harder for people to move between states—particularly burdening military spouses, 34% of whom work in a field requiring a license and are subject to military-directed moves every few years.

Workers may also be harmed by existing guidance provided by the Department of Justice and Federal Trade Commission to Human Resource personnel that allows third parties to make wage data available to employers—and not to workers—in certain circumstances without triggering antitrust scrutiny. This may be used to collaborate to suppress wages and benefits.

These actions complement the President’s call for Congress to pass the Protecting the Right to Organize (PRO) Act to ensure workers have a free and fair choice to join a union and to collectively bargain. Unions are critical to empowering workers to bargain with their employers for better jobs and to creating an economy that works for everyone.

The proposed Order tackles four areas where lack of competition in healthcare increases prices and reduces access to quality care.

Hearing Aids: Hearing aids are so expensive that only 14% of the approximately 48 million Americans with hearing loss use them. On average, they cost more than $5,000 per pair, and those costs are often not covered by health insurance. A major driver of the expense is that consumers must get them from a doctor or a specialist, even though experts agree that medical evaluation is not necessary. Rather, this requirement serves only as red tape and a barrier to more companies selling hearing aids. The four largest hearing aid manufacturers now control 84% of the market.
In 2017, Congress passed a bipartisan proposal to allow hearing aids to be sold over the counter. However, the Trump Administration Food and Drug Administration failed to issue the necessary rules that would actually allow hearing aids to be sold over the counter, leaving millions of Americans without low-cost options.

Hospitals: Hospital consolidation has left many areas, especially rural communities, without good options for convenient and affordable healthcare service. Thanks to unchecked mergers, the ten largest healthcare systems now control a quarter of the market. Since 2010, 138 rural hospitals have shuttered, including a high of 19 last year, in the middle of a healthcare crisis. Research shows that hospitals in consolidated markets charge far higher prices than hospitals in markets with several competitors.

Have you asked an HCA nurse how they liked their employment experience? This is a great real-life example of how hospital mergers and acquisitions harm not only the community's health, but also the employees that "will never work there again" due to particular experiences.

Health Insurance: Consolidation in the health insurance industry has meant that many consumers have little choice when it comes to selecting insurers. And even when there is some choice, comparison shopping is hard because plans offered on the exchanges are complicated—with different services covered or different deductibles.

Certain sections have been removed to consolidate content relevant for healthcare verticals.